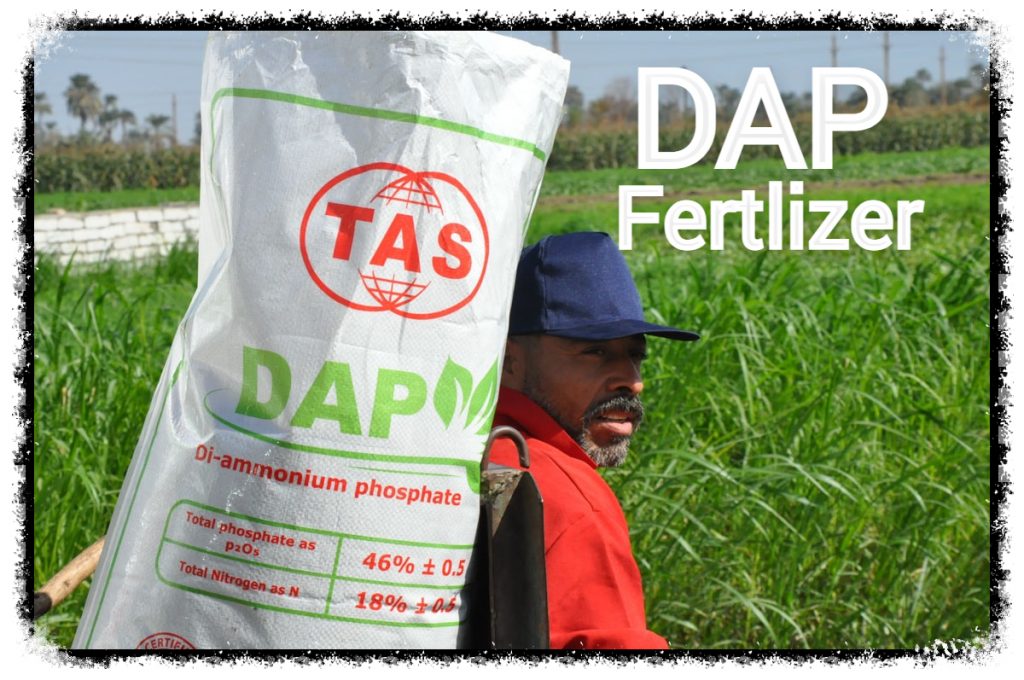 DAP is the most widely used phosphate fertilizer among growers today. It is manufactured by reacting phosphoric acid and ammonia and contains two ammonia molecules. In alkaline soil conditions, one of the ammonia molecules in DAP will revert to ammonia, making it an excellent fit for low pH or alkaline soil. DAP itself is alkaline with a high pH, exceeding 7.5.

Di-ammonium phosphate or diammonium phosphate (DAP) ranks among the most important phosphate-based fertilizers, not only for its high nutrient content, but also for its excellent physical properties, such as high solubility and alkaline pH around the dissolving granules. DAP is commonly formulated in a controlled reaction of phosphoric acid with ammonia. It is typically produced in both granular form, to be used as fertilizer either directly or blended with other types of fertilizers, and in non-granular form, to be used in liquid fertilizers. Most common commercial fertilizers contain phosphate, which is an essential nutrient for stimulating root growth and plant health. DAP, or di-ammonium phosphate, is a widely applied phosphorous fertilizer, and its use has been dramatically increasing since the 1960s. Today, DAP is used in the agricultural industries of most developed countries. DAP fertilizer also contains nitrogen, which is created during the chemical manufacturing process. In most cases, additional nitrogen helps grow greener, faster-growing plants. DAP contains 18 percent nitrogen and 46 percent phosphate. The additional nitrogen in DAP can boost plant growth, but it also has some drawbacks. Adding too much nitrogen can burn the roots of plants or change the pH levels of the soil.

For sowing there is little risk of affecting germination, even at high rates. The general rule of a maximum of 20kg/ha of nitrogen at seeding of cereals should be used.

When applying DAP, the fertilizer should be banded 5cm away from the seed, either below or to the side.

Do not store in silos.