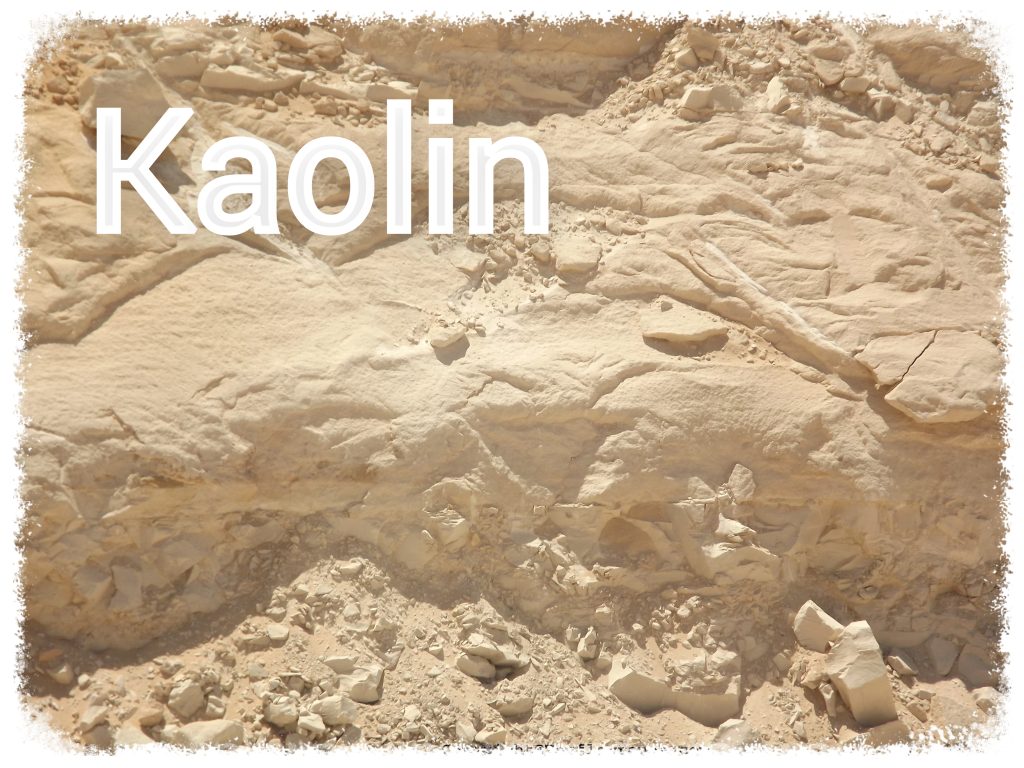 Kaolin, also called china clay, soft white clay that is an essential ingredient in the manufacture of china and porcelain and is widely used in the making of paper, rubber, paint, and many other products.

In its natural state kaolin is a white, soft powder consisting principally of the mineral kaolinite, which, under the electron microscope, is seen to consist of roughly hexagonal, platy crystals ranging in size from about 0.1 micro meter to 10 micro meters or even larger. These crystals may take vermicular and book like forms, and occasionally macroscopic forms approaching millimetre size are found. Kaolin as found in nature usually contains varying amounts of other minerals such as muscovite, quartz, feldspar, and anisate. In addition, crude kaolin is frequently stained yellow by iron hydroxide pigments. It is often necessary to bleach the clay chemically to remove the iron pigment and to wash it with water to remove the other minerals in order to prepare kaolin for commercial use.

When kaolin is mixed with water in the range of 20 to 35 percent, it becomes plastic (i.e., it can be moulded under pressure), and the shape is retained after the pressure is removed. With larger percentages of water, the kaolin forms a slurry, or watery suspension.